St Austell Band Club is a great venue just 1 min walk from the railway station and with parking nearby. Its cheap, friendly, has good acoustics and is a nice size for a gig. Check it out if you haven’t already been there – they have a lot of great stuff lined up in the coming months (Loco, Dazed & Confused, The Prevention, Los Palmas 7, Hush and King Creature to name a few).

A few months ago the Band Club were struggling and it looked as though they might close. Today though (at 2pm on a Sunday afternoon) around 90-100 people were in attendance, so hopefully things are changing and people are starting to realise what asset to the community this is!

Heavy stoner rock group O’Deus, kicked the afternoon off and within minutes the temperature in the room had risen and the audience were enthralled. 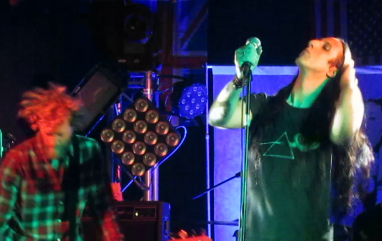 Their frontman Ryan has fabulous stage presence: long limbed, snake hipped and with great physicality and a powerful voice he dominates the stage and provides a fascinating performance. Not to be outshone however the rest of the band also rock with enormous energy and passion, providing a show that is fast, furious and very interesting.

The event info said “one of the heaviest r’n’r shows for a long time” and they weren’t lying – Riders to Ruin are at the Osmium and Lead end of the heavy metal spectrum! If you like your music loud (so loud) and hard hitting, with lots of shreddy guitar, some bare chests and amazing hair backlit by strobes, then check them out! (By the way, they are supporting King Creature at the Band Club on December 16th) 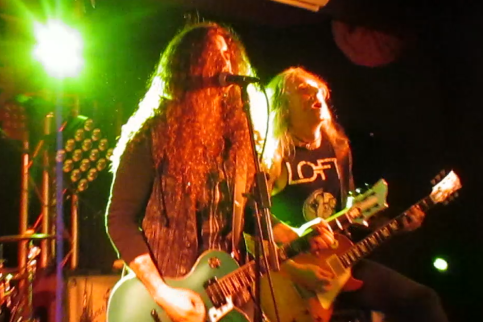 Former Elkie Brooks and Iced Earth guitarist, Tim Mills, is well known around Cornwall and is always worth seeing, and the rest of the band  – Rob Summers (vocals), Adam Hicks (bass) and Tim Bartle (drums)  – put on a great show and certainly turned Sunday afternoon into Saturday night again.

Published by Live Bands in Cornwall